Chess is one of the most popular and complex games played in the U.S.. Millions of games are played each day across every platform—from casual games in parks and coffee shops to professional competitions and online tournaments.

The Angeleno Chess Club helps students of all ages and levels accomplish their dreams of becoming better chess players and delving deeper into the wonderful world of chess by providing group and individual lessons, organizing competitions, setting up after school chess clubs and even writing chess apps for Mac and Android platforms. Founded in 2015 by International Master Levon Altounian, the mission of the Angeleno Chess Club is to provide chess education of the highest caliber in the greater Los Angeles area. It shares many qualities and core beliefs with its sibling— Arizona Chess for Schools, one of the largest chess organizations in Arizona. Its founder, IM Levon Altounian, is a 7-time California State Champion and the reigning Arizona State Champion for the past 12 consecutive years. He is among the top 50 highest ranked chess players in the U.S. and is extremely passionate about his profession. Levon has worked with thousands of chess students all across the country and organized and taught chess clubs in more than 50 schools.

To accomplish our goal of chess excellence at Angeleno Chess Club, we create individually tailored lesson plans and hire only professional chess players and instructors who have great people skills and are devoted to their mission as chess ambassadors. Angeleno Chess club has partnered with the Academy of Music and Fine Arts since 2016 to provide group lessons each day of the week to their students. 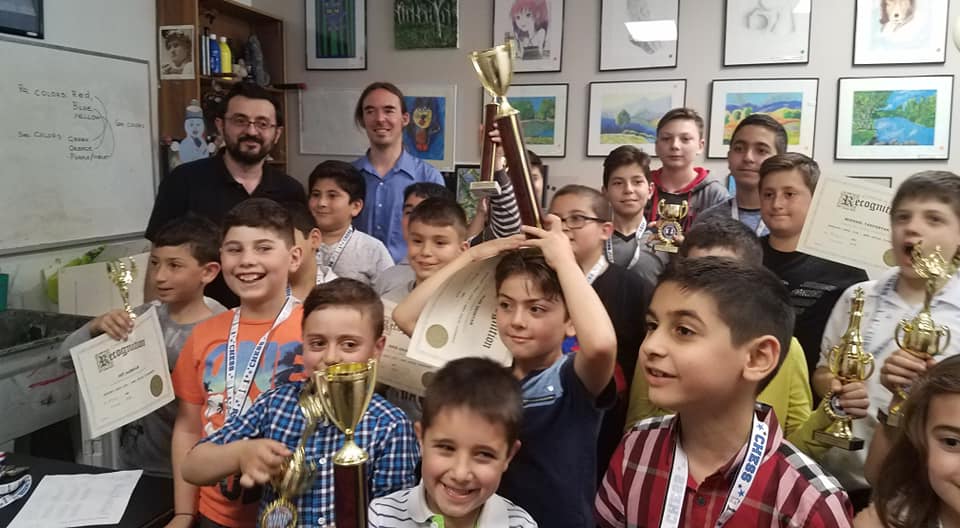 It is very difficult to find a great chess player and a great coach in one person. Coach Levon has both. Coach Levon has a personal approach and great sense of humor which appeals to my son, and makes it more fun to learn chess. Coach Levon easily explains concepts in chess the way my 11 years old understands it better and in just a few months my son’s rating jumped from low 1,000 to 1,500. But the most important thing is that my son got interested in chess more than before we met coach Levon.